At the Windsor Ballrooms, not only do we host social events such as weddings, bar mitzvahs, hennas, anniversaries, galas, and fashion shows, but also conferences, cocktails, and holiday parties. When we are not booking social and corporate events, we rent our space to filmmakers. Due to the pandemic, we inevitably have many current availabilities and have decided to offer incredible rates to movie producers to support our local artists in exchange for some exposure.

The film industry in Montreal represents approximately 35,000 direct industry jobs, 500 production and distribution companies, and more than 600 film shootings. With the audiovisual sector being a major contributor to the city’s economy, the Government of Quebec announced a temporary assistance program run by the Société de développement des entreprises culturelles (SODEC), infusing $51M to help relaunch the film and television production activities (Source: CTV NEWS, 13/07/20). In this light, the Windsor Ballrooms is now offering competitive rates to rent its spaces for filming in hope of contributing to the development of the Québécois art and culture industry. Invigorating this sector could even entice international filming to resume in the Quebec province.

In the past 3 years, we had the chance to participate in many different productions.

1. The 2019 American movie “Long Shot”, directed by Jonathan Levine with stars Charlize Theron and Seth Rogan, features a few key scenes filmed at the Windsor Ballrooms. The Peacock Alley served as a White House corridor and the Windsor Ballroom as a party setup highlighting one of the crystal chandeliers. If you know Montreal fairly well, you will recognize other scenes filmed across the city on Saint-Paul Street in the Old Port, in front of the Bonsecours Market, and elsewhere.

2. The critically-acclaimed and long-awaited “X-Men: Dark Phoenix” movie came out in June 2019. For months, you could spot the cast stars James McAvoy, Jennifer Lawrence, Michael Fassbender, and Sophie Turner in various parts of the city. They filmed an award ceremony in the Versailles ballroom, and the speaker exits through the Peacock Alley.

3. An episode from the second season of Blood and Treasure was filmed in the Peacock Alley. Due to the pandemic, this television series, Disney's new version of “Home Alone”, and Centropolis's movie “Moonfall” are among dozens of big budget films that were paused and still haven’t restarted (Source: Radio-Canada 19/04/20). If border closures persist, our guess is that they will resume filming in their respective countries.

4. Loto-Québec filmed a very funny and clever advertisement at the Windsor this past winter for their new “Triple Million” lottery ticket. It took 4 king-size beds to create an exaggeratedly large luxurious bed! All merits go to the agency Sidlee and the film producer Maxime Giroux. 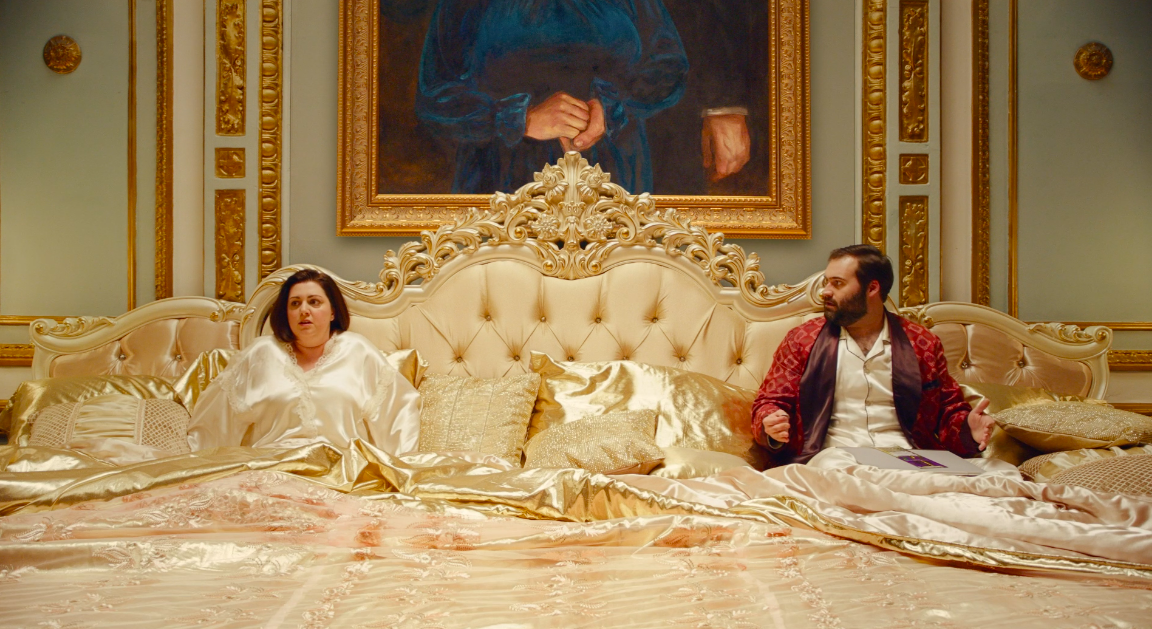 5. In 2017, director, Patrick Kiely filmed the majority of the independent comedy “Another Kind of Wedding” in Montreal. It stars Kathleen Turner, Frances Fisher, Wallace Shawn, Jessica Parker Kennedy and others. The scenes filmed at the Windsor take place in the 20-feet tall Windsor ballroom, you can recognize the ornamented walls, the gold Chiavari chairs, and the dangling crystal chandeliers. We recommend this movie if you are planning your wedding at the Windsor! It is light and funny. 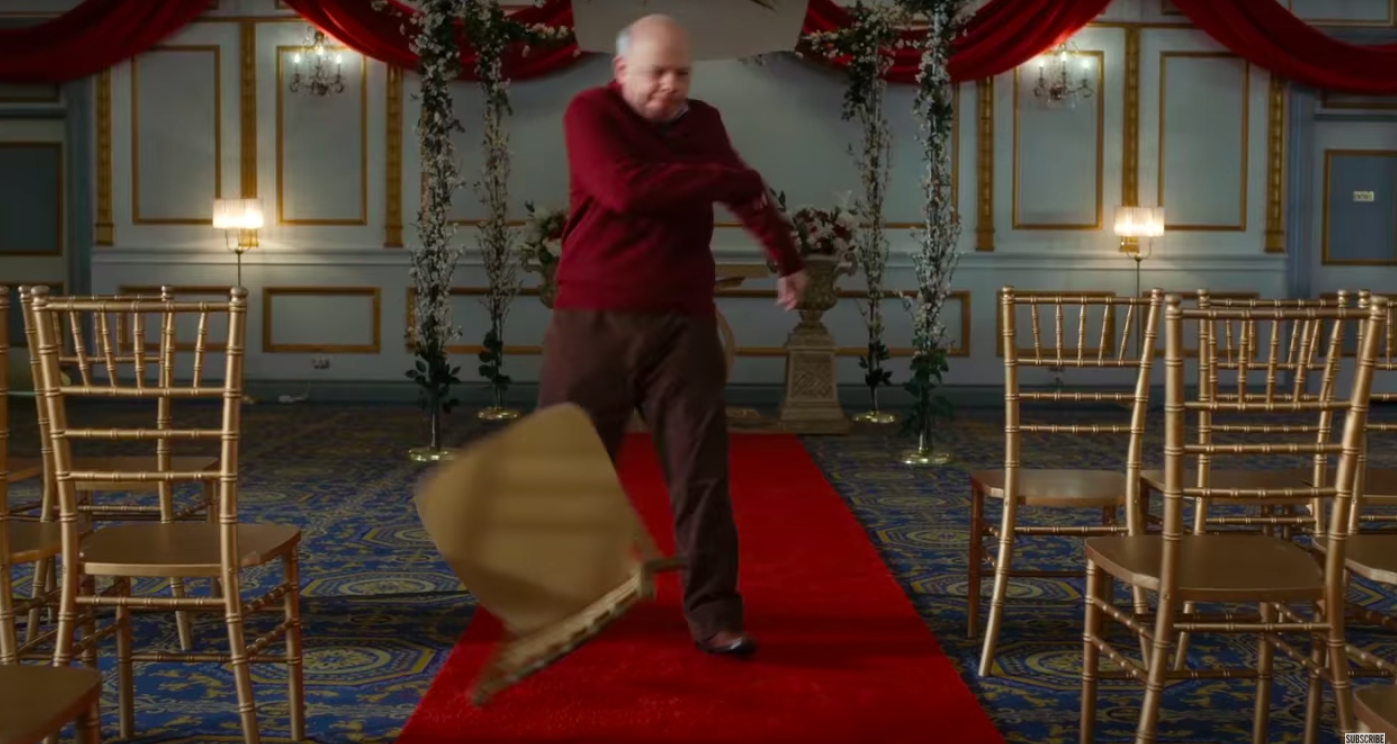 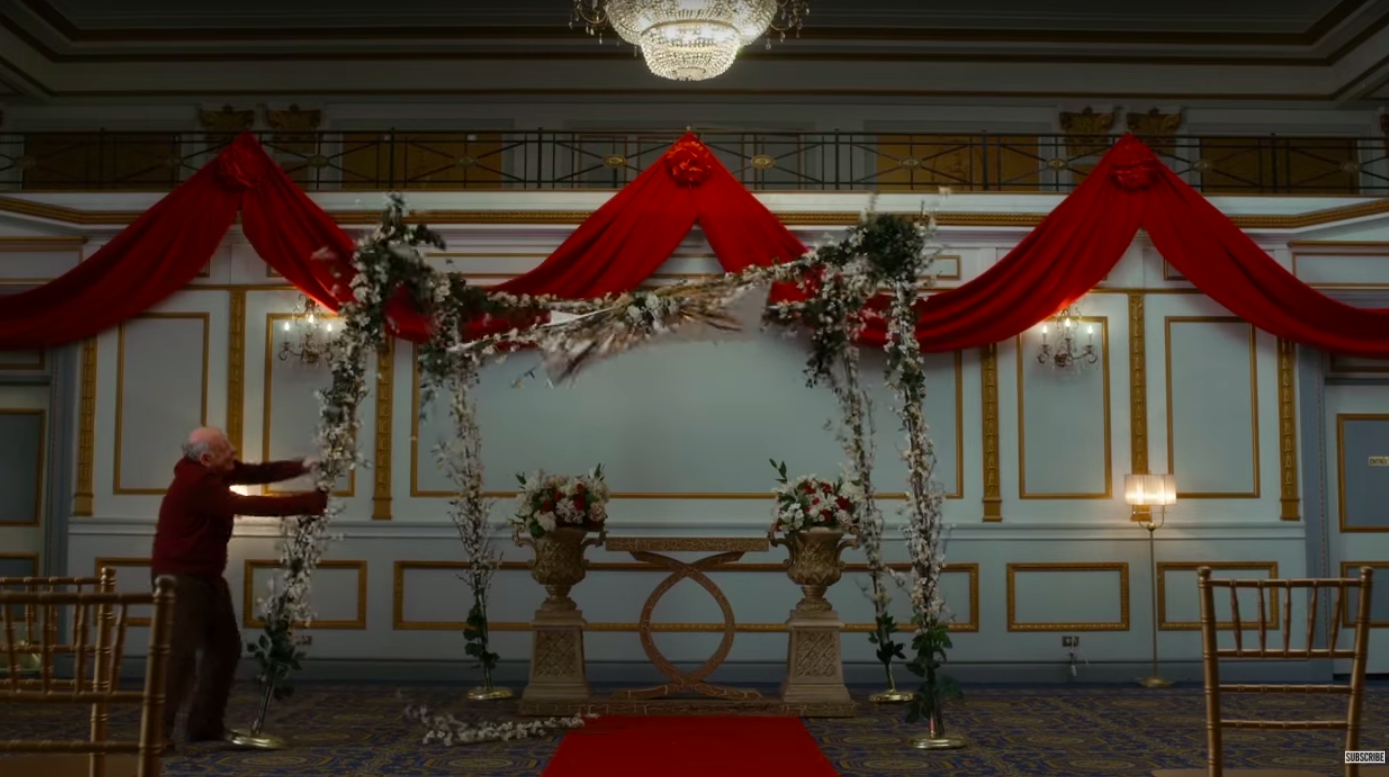 Before these, the Windsor hosted many other movies such as the “The Young & Prodigious Spivet”, “The Sum of All Fears” with Ben Affleck , “Get Smart” with Steve Carell and Anne Hathaway, “The Words” featuring Bradley Cooper, and episode scenes from the show “Quantico” and “The Art of More”, to name a few.

Now, let’s make sure Montreal continues to flourish as a movie production hub for both local and international films and tv shows. Please contact us to know more about our special rental rates and available dates for film shootings at info@lewindsor.com or by phone at +1 (514) 393-3599.